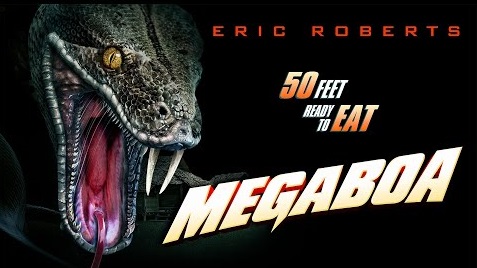 MEGABOA (2021) - The Asylum I could've started the year of 2022 and watched literally any movie I wanted.  Haven't seen the new Spiderman movie yet, could've risked my life in a theater and watched that, or that new James Bond movie is available, could've watched that, or even re-watch some of the greatest films ever made to start the year, like Road House or Tropic Thunder, but no...  I chose to start the year with MegaBoa.  MegaBoa.  Yep.  Megaboa. This is a tale of a bunch of grad students, taught by Professor Eric Roberts, dropped off at some remote island to look at stuff I can't remember, before being terrorized by a 60 ft. snake. Ignore that movie banner, because they say it's sixty feet in the movie, not fifty, not that I saw anyone take a tape measure to the beast.  First, let's take a look of at our principles in this instant classic. Tattoo Head He opens our movie by hunting wild boar in the woods, first one to see the MegaBoa and sees an immense
Post a Comment
Read more

A Chance for Christmas

A Chance for Christmas (2021) - Tubi And so our 2021 Romantic Holiday Movie watching season comes to end.  I think this year we watched about thirty of these, which means there over 110 movies that we didn't get to watch, which is absolutely bonkers.  Who has the time to watch over 140 Holiday movies in a two month span?  More importantly, who has the time to make over a 140 Holiday movies?  And, uh, if you guys are looking to take that number up to over 170 in 2022, hit me up... I have a few ideas. One of the things we got in 2021 was a bunch of new players tossing their hats in the Holiday Movie ring, including the distributor of today's film, Tubi.  The good thing about Tubi getting in the game is that you can watch this movie RIGHT NOW.  Don't need to pay for a subscription, don't need to wait for it come back around on whatever channel if you missed it, just need a semblance of an internet connection and you are in.  And dare I say for your zero-dollar investment y
Post a Comment
Read more 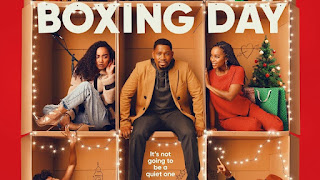 Boxing Day (2021) Boxing Day is a very important Britishy thing that I could explain to you what it is and how it came about, but if you're Britishy, you already know and if you aren't, you probably don't care to hear it from me, so just understand that it is the title of this movie and we will move on. Melvin, played by writer, director and star of this film Amil Ameen, is a British author now living in Los Angeles and is madly in love with the criminally lovely Lisa (Aja Naomi King).  So in love with Lisa he is, Melvin sprinkles the house with rose petals and hires a band to play some Isley Brothers as a background for his proposal, because that's some stuff that only a dude in love would do.  And maybe that guy from 'You'.  There are a ton of hiccups in this marriage proposal though.  A ton.  On Lisa's end, as a casting director, she has just gotten offered a plum gig to go to New Zealand to cast Peter Jackson's new movie, and more pressing, she is pr
Post a Comment
Read more

Much Ado About Christmas Much Ado About Christmas (2021) - Peacock Reviewed by Lisa Sue Well of course Peacock is in on the Christmas movie binging, and what to my wandering eyes should appear but “Much Ado About Christmas” billed as a modern day retelling of the Bard’s Much Ado About Nothing.  I’m no Shakespeare expert, and it has been decades since I read or even watched (the Kenneth Branagh edition) of Much Ado, but I admit dear readers to falling prey to that which I warn you often of. Great Expectations. While most Christmas movies do some version of Dicken’s A Christmas Carol or even a Jane Austen adaptation, you don’t find many out and out attempting the bard. After watching this, I can only encourage others to leave the bard alone, for their sake and mine.  For when you put a paint by the numbers Christmas movie against the wit and wisdom of Shakespeare? Well, not only does the movie pale in comparison, but I dare say the Bard would be offended? Or maybe not, pending his cut. But as I said, I had high
Post a Comment
Read more 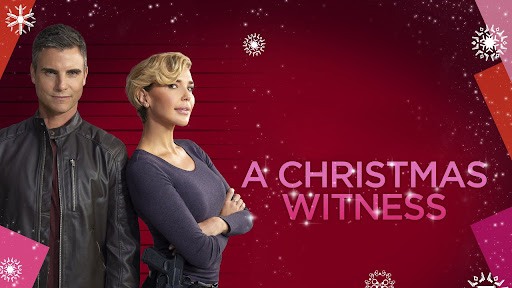 A Christmas Witness (2021)  - Ion Reviewed by Lisa Sue So people we have arrived at what is perhaps the least natural pairing at Christmas, the mob and a cop! Cause what screams Christmas more than a mob guy in witness protection and his protecting officer? I mean, we’ve already had cartography, so this was the next out there Christmas movie that was just demanding to be watched IMHO . Also noticing this an ION production, I was curious as to how close to the script they would keep?  Overall impression is that this is more a romcom that happens at Christmastime than a strictly a Christmas movie with romance, but let’s set up the premise.  Dean Cupo (Colin Egglesfield) is some high up in the mob world, working for Mr. Dinozzo (No relation to the NCIS agent.) We know that Mr. Dinozzo is a mob boss because 1. His name 2. We first see him smoking a cigar. Very stereotypical Italian American mob guy, wondering out there if anyone is offended by such a portrayal? Just curious. Anyhoo, back t
Post a Comment
Read more 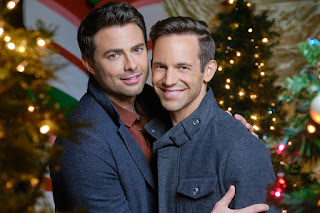 The Christmas House 2 (2021) - Hallmark Reviewed by Lisa Sue So of all the Christmas movies I watched in 2020; The Christmas House was actually my favorite. Was it the clips of Handsome Justice? Was it the maniacal sibling rivalry between Brandon and Mike? Or was it because Katy Perry’s   ‘Cozy Little Christmas’ made it to the playlist (never to dethrone Mimi, never)? Yes to all. Now as pointed out in The Nine Kittens of Christmas, these movies really don’t need a sequel, and the ending of 2020’s Christmas House seemed to be sending them off into happily ever after land. However the Mitchells are back, with the sibling rivalry in full swing and Mike and Andi are still together, but after all this time (with maybe 2 Christmases that have past, and Brandon’s baby son has now a toddler) Mike still hasn’t proposed. We assume Andi and Noah live with Mike in the Christmas house, leaving Andi’s mom’s house (which is next door) now available for Brandon and his family of four to occupy whi
Post a Comment
Read more 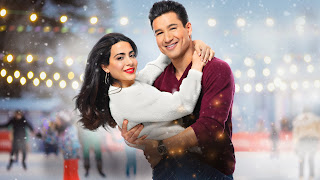 Holiday in Santa Fe (2021) - Lifetime Reviewed by Lisa Sue After watching so many of these, one tends to blend them all together. Rarely does one of these movies stick out, or set itself apart. The draw of this particular movie is Slater himself, Mario Lopez.  Casual readers of this blog will know we have a soft spot for Slater.  It is really quite inexplainable, not actually being a Saved by the Bell Fan. But combine romance and KFC? And you have a fan Mr. Lopez.  And kudos for this movie, that while the plot may be by the book the setting isn’t. With Santa Fe as the backdrop, there is no snow fight and everything is more colorful than the typical New Englandish type Christmases we’ve come to expect in these movies. Plus learned some interesting facts about Santa Fe; It is the second oldest city in the country, after St. Augustine and it is the state capital with the highest elevation. To those who say TV doesn’t teach you anything, they just aren’t watching closely enough.  There are
Post a Comment
Read more
More posts